2009 in Indian alternative gave us incredibly memorable metal, fusion, electronic and more which still hold up

While the year 2009 saw the global success of the likes of Lady Gaga, the mercurial rise of Britain’s Got Talent winner Susan Boyle on the charts and the untimely death of Michael Jackson, closer home was an important year for different reasons.

With top-notch studio services and production gear lined up, Indian artists put out important releases, some of which have stood the test of time even a decade later. While some bands are no longer active, others have occupied an influential space in Indian alternative music.

Something Relevant ”“ Feels Good 2B Live

Something Relevant – ‘Feels Good 2B Live’

Mumbai jam band Something Relevant were making crowds move to jazz, funk and rock much before today’s soul and jazz bands had even picked up an instrument. Their debut album Feels Good 2B Live featured songs like “Harry Mole” and “Aha,” which were perfect as any party-starters. Bonus points for the expansive artwork by Sameer Kulavoor of Bombay Duck Designs that certainly comes to life with the music playing in the background.

Mysuru folk rockers Swarathma made their biggest jump with their debut self-titled album, which came as part of the winnings of Hindi rock band competition Radio City Live. Produced by fusion veterans Indian Ocean’s Amit Kilam, Swarathma brought together all the hues and moods of the band perfectly, from the electrifying “Patte Saare” to the groovy “Ee Bhoomi” and feel-good tracks like “Barsenge” and “Pyaar ke Rang,” closing with the poignant plea for water conservation with classical powerhouse voice Shubha Mudgal on “Pyaasi.” 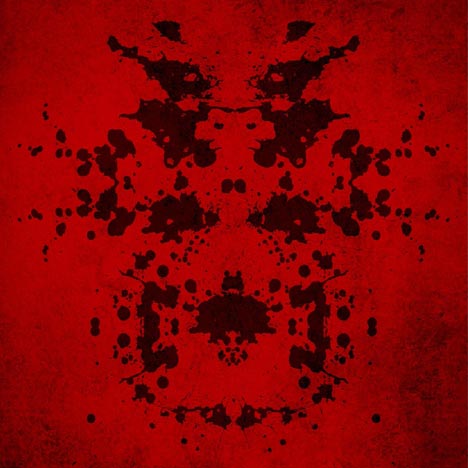 Mumbai metallers Bhayanak Maut introduced their new avatar in the run up to their second full-length album ”“ vocalist Sunneith Revankar had joined and along with Vinay Venkatesh, they became the guttural twins. In addition to their quick-paced growl fests through songs like “Habemus Papum” and “Tit for Twat,” Bhayanak Maut brought demolishing energy on tracks like “Ungentle,” “Blasted Beyond Belief” and “You’re Perfect, Now Change.” For additional laughs, their homophone-heavy “MNS Messenger” remains a crowd favorite.

Infernal Wrath ”“ Inside of Me 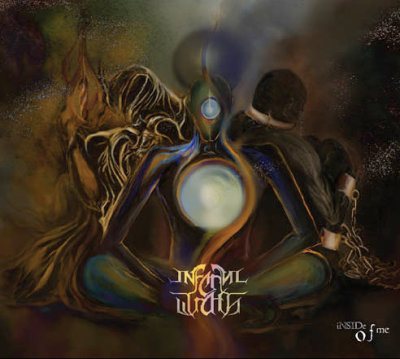 Infernal Wrath – ‘Inside of Me’

Ever since they split up in 2012, the calls for death metal band Infernal Wrath’s reunion haven’t stopped. Nor should they, considering their only album Inside of Me was testament to one of the country’s greatest death metal bands. We’re not talking just about vocalist Afaque Azad’s madman avatar when he’s holding a mic and getting into moshpits, but also breakneck drumming from Prashant Paradkar aka JP and guitar work from Amnish Lohire and Pradeep Pande on songs like “The Destruction of the Third Temple.” Keyboardist Sushan Shetty is adds textures on “Truth” and “This Everlasting Journey,” which rounds off a perfectly cryptic Middle Eastern-tinged death metal record.

In 2009, Indian indie’s best were selected courtesy of British Council to enter the studio with Britain’s veteran sound engineer John Leckie (Radiohead). Soundpad got a lot of press during its making, but the compilation itself stands strong as a representation of where Indian rock was heading ”“ from the psychedelic hues of New Delhi band Indigo Children to the electronic turn that Medusa took (soon becoming Sky Rabbit). Representing the folk and fusion side of things were New Delhi fusion masters Advaita and Bengaluru-based Swarathma, who were riding high on the release of their album, releasing the fun-filled and philosophical song “Yeshu, Allah aur Krishna.”

Much before comedy rock was a thing in India, Mumbai-based metal musician Sahil Makhija decided his new supergroup would have a funnybone. Comprising bassist Riju Dasgupta and guitarist Rajarshi Bhattacharyya from heavy metal act Albatross (and now together in stone age metallers Primitiv), drummer Hamza Kazi from prog band Coshish and Makhija aka The Demonstealer, Khooni Murga was a chuckle-worthy listen that the band fully knew was also cringe-worthy. From the brutal “Khooni Murga”Â  and “Pudhe Sarka” (which was even covered by singer-composer Suman Sridhar) to the more emo “Cookie Monster,” Workshop’s crowning glory remained the scat humor-employing Bollywood spoof “Bunty aur Mallika Sherwat.” Even as people are still trying to figure out what kind of alien language Amogh Symphony composer Vishal J. Singh was speaking in on his debut album Abolishing The Obsolete System, in hindsight it comes across the genre-bending act’s most accessible record. Amogh Symphony’s beginnings in the avant-garde metal started with seven tracks which jumped from prog to Middle Eastern string sections to jazz, tech-death and more. To get a peep into Singh’s early dexterity, you have tracks like “Swallowing the Infected Sun,” “Phase Cancelled” and “Greenhouse Effect.” 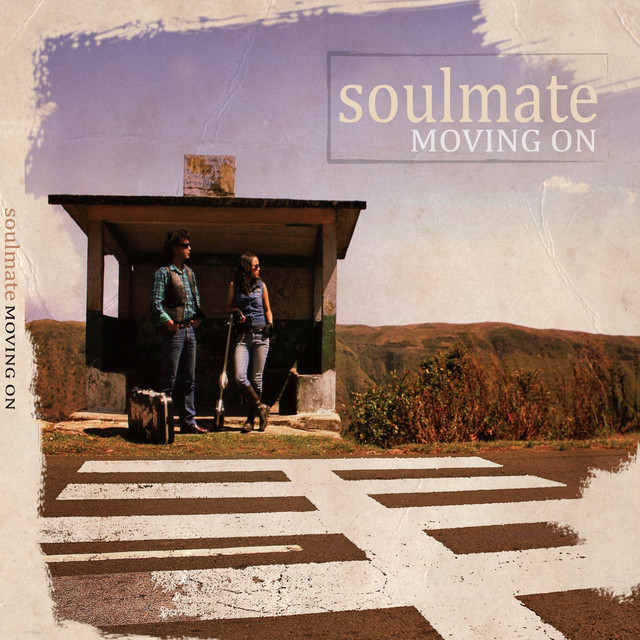 Shillong blues rockers Soulmate were perhaps not just the most famous band repping the genre in India and overseas, but also the coolest. Their second album Moving On was total proof. Smooth and groovy tracks like “Come ”˜Round My House” went into overdrive thanks to guitarist-vocalist Rudy Wallang, while vocalist and guitarist Tipriti Kharbangar brought moody gospel-blues like variation. Kharbangar is gentle and wistful on tracks like “Cup of Tea” and at her soaring best on “Set Me Free,” which remains one of their best-known songs to date. 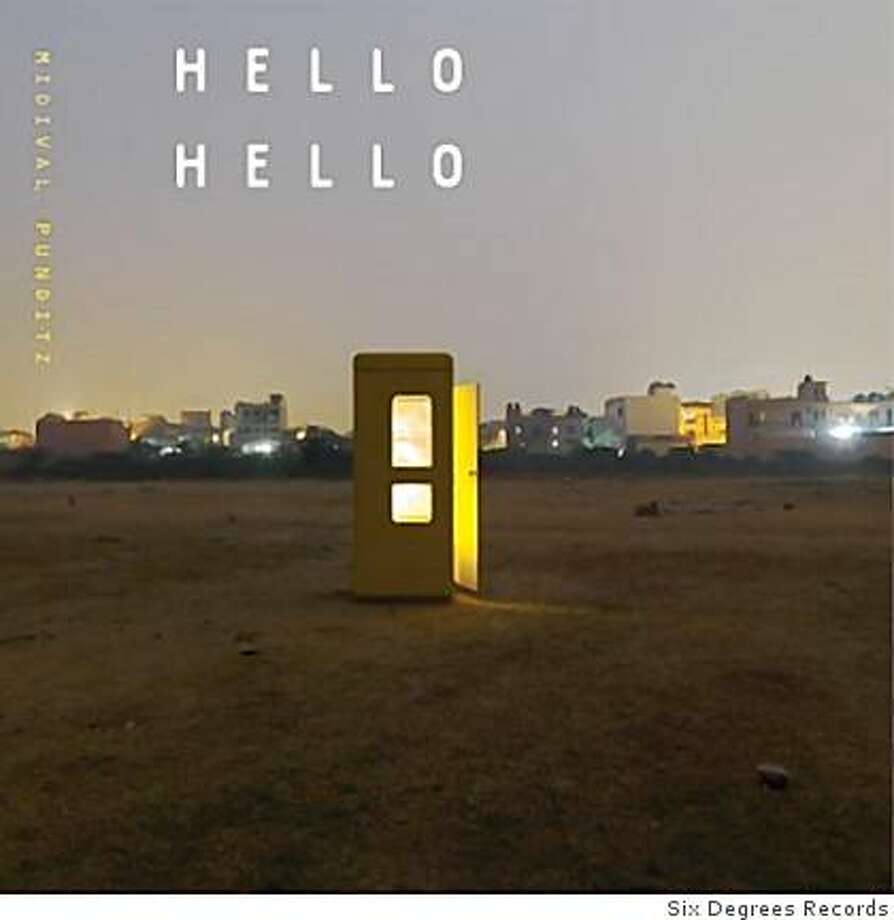 From back when they were called MIDIval PunditZ (as opposed to the much saner sentence case moniker they now use), New Delhi producers Gaurav Raina and Tapan Raj had already collaborated with the likes of Zakir Hussain, Anoushka Shankar, Ajay Prasanna, scored the soundtrack to films such as Monsoon Wedding and played around the globe. Their third album was made with seasoned electronic/fusion producer and multi-instrumentalist Karsh Kale and featured Shankar Mahadevan (“Desolate”), flautist Ajay Prasanna, Papon (“Naina Laagey”) and even a rap part from actor Ajay Naidu (“Tonic”). What makes Hello Hello sound refreshing every time is this very fluidity of genres that Midival Punditz have championed their entire career. 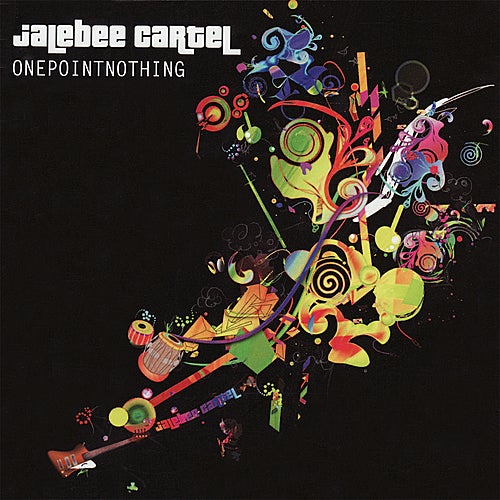 Also at the top of their game in Indian electronic music in 2009 were New Delhi group Jalebee Cartel. On the back of releasing several singles and remixes on a multitude of labels around the globe, Arjun Vagale, Ashvin Mani Sharma, Ash Roy and G. Arjun aka G Force, released their album Onepointnothing. Whether it was techno, progressive, tribal or psy, Jalebee Cartel had mastered it all into one high-energy, dancefloor-ready set of songs that cemented their place forever in the scene, even as they later disbanded to pursue solo projects.