The Kolkata indietronica duo have quickly followed up their last EP, but the three-track ‘Clever Clever’ is just a tease that could have used a few more songs 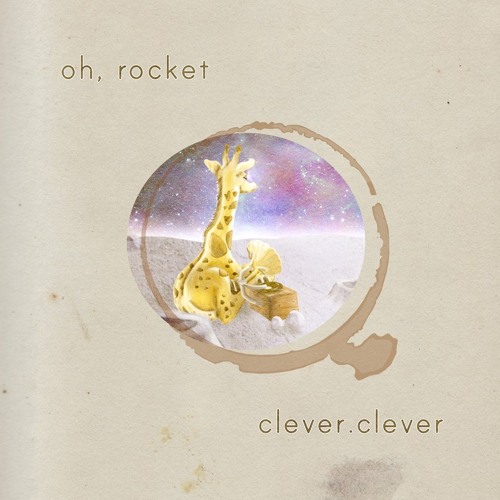 Kolkata indietronica duo Oh, Rocket have had quite a year ”“ from performing in Mumbai, Delhi and Kolkata clubs as well as the Ziro Festival of Music in Arunachal Pradesh and the Vans New Wave Musicfest in Goa to releasing their debut EP Cloud Woke No Clocks in October.

The wheels haven’t stopped turning for vocalist-songwriter Aniket Dutta and guitarist-synth player Shubharun Sengupta. They’ve now released a new three-track EP, Clever Clever. They open with the instrumental, synth-filled “Begin” and hit a familiar spot with “Broccoli Negative,” which has been a live staple for a while. While the first refrain goes with a simple jazz-like keyboard section, it builds up with Dutta’s smooth highs, plus fuzzed out effects that take a page out of American indietronica band Passion Pit’s most dance-friendly material. They turn around completely on “Blue Raccoon Dog,” picking a slow, dreamy beat that Dutta can harmonize over, with the odd synth effect buzzing in every now and then. But if you get hooked after that, you’d be at least a bit discontented having just three tracks to put on repeat. Perhaps a full-length is a riskier attempt for a new artist, but even two more songs thrown in would have made Clever Clever more than just a taste.

Oh, Rocket have left behind their full-length album Bloomspoon, which was due last year, to release a second, shorter EP. Clever Clever, about 11 minutes in all, still serves its purpose ”“ a good flavor of the duo’s changing sound, which switches between languorous and moody to a pace that’s meant for a race car driver on an F1 circuit.