“He was a real gentleman and loved music,” one-time bandmate Billy Corgan says of the Static-X founder. 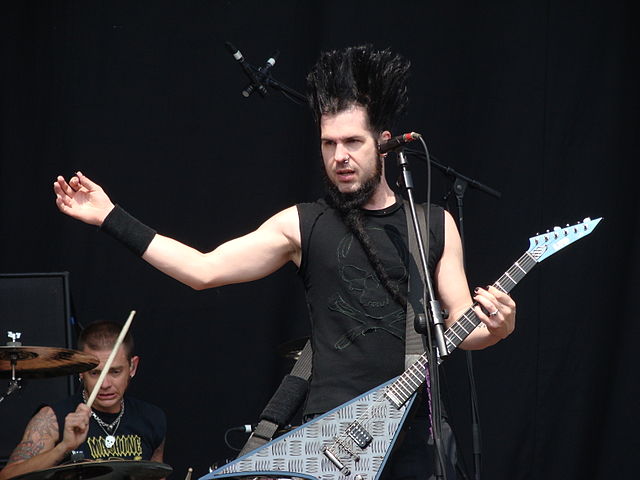 Wayne Static, the singer of the California metal act Static-X, died November 1st. “Platinum selling musician Wayne Richard Wells, better known as Wayne Static, passed away at the age of 48,” Static-X’s Facebook page told fansÂ onÂ Saturday night. “Wayne Static was the enigmatic former frontman and namesake of Static-X, who later forged a successful solo career. Wayne was scheduled to co-headline tours with Powerman 5000 and Drowning Pool over the next several months. No additional information is available at this time.”Â The rocker’s publicist also confirmed Static’s death to Blabbermouth.

Founded by Static in 1994, Static-X became one of the more well-known nu metal acts beginning with their platinum-selling 1999 debut LP Wisconsin Death Trip, which boasted the single “Push It.” Known for his impossibly spiky hair and long chin beard, Static and his band would release five more studio albums over the next decade before Static-X went on hiatus in 2010, a year after they released their final album Cult of Static.

While Static’s cause of death wasn’t revealed, tweets from his musician friends and peers suggest that a drug overdose was to blame. “RIP Wayne. This is so sad. Too many musicians are dying from overdoses,” Papa Roach’s Jacoby Shaddix wrote on Instagram. “I’m serious, addiction is real and takes fools out. No one is invincible. So glad I live a sober life today. The number of friends that I have lost to addiction is crazy”¦ I know drugs and partying are part of the ‘rock ‘n’ roll lifestyle,’ but damn, how many more gotta die??? Fuck the lifestyle, I want life!!!! See you on the other side, Wayne.”

“I am shocked to hear that Wayne Wells (Wayne Static) has passed away. I played with him in his first band, Deep Blue Dream, in 1987/88,” Smashing Pumpkins frontman Billy Corgan tweeted. “He was a real gentleman, and loved music (and KISS, Ace in particular). Even had his the hood of his car painted with the KISS logo.”

Watch the video for “Push It”

Watch the video for “Cold”