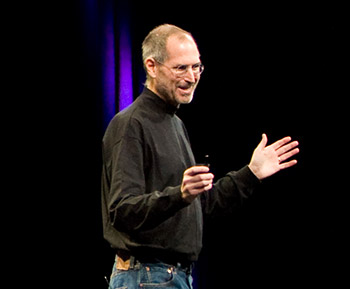 It’s a moment many tech fans hoped never would come: Steve Jobs’ resignation from the helm of Apple, which he co-founded from his family garage in 1976.

“I have always said if there ever came a day when I could no longer meet my duties and expectations as Apple’s CEO, I would be the first to let you know,” he wrote in a letter to Apple’s board and the Apple community at large. “Unfortunately, that day has come.”

For now, tech pundits are more concerned with the state of Jobs’ health than the future of the company that relies on him as its creative core. Apple is credited with kicking off the personal computing revolution. It also ushered in the smartphone craze after it released the iPhone in 2007 and rocked the digital music industry with iTunes.

Share this:
Also See  #RSDailyMusic: Here’s What We’re Listening to Today
Tags:
Previous Article
George Harrison Hits the Screen in Scorsese Doc
Next Article
The Return of The Cars